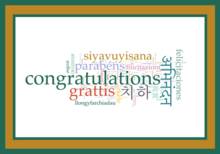 Graduate students are the future of Translation Studies, and their innovative research expands the horizons of this interdisciplinary field. In partnership with the Yale Translation Initiative and the MacMillan Center, we created a summer fellowship to support graduate students working on projects related to Translation Studies. Eleven graduate students from eight departments received the inaugural Yale Translation Initiative Summer Fellowship, which will allow them to complete capstone projects or important next steps in research or practice. With projects on a vast range of subjects—from examining the translation and reception of Marxist writings in the Dutch East Indies during the first half of the twentieth century to translating “disappeared content” from China’s COVID-19 response—the fellows represent the rich interdisciplinarity and broad scope of Translation Studies. Please join us in congratulating the recipients!

Kelvin Ng (History) to examine the translation, production, and reception of Marxist theoretical writings in the context of the Dutch East Indies from the 1920s to the 1950s

Chihiro Larissa Tsukamoto (Medieval Studies) to translate from Meiji Japanese and Ancient Greek “Report on the results of an investigation of music” (1884) by Isawa Shūji (1851–1917), an early Meiji-era Japanese music theorist, Mesomedes’ Hymn to Apollo, and the First and Second Delphic Hymns to Apollo and compare the texts