Past Tanner Lectures on Human Values

Fei-Fei Li, Stanford University, What We See and What We Value: AI with a Human Perspective, 2022 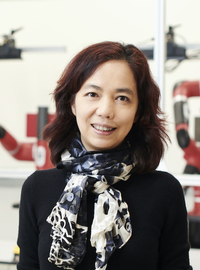 Fei-Fei Li of Stanford University will deliver the 2022 Tanner Lecture on Human Values and Artificial Intelligence this fall at the Whitney Humanities Center. The lecture, “What We See and What We Value: AI with a Human Perspective,” presents a series of AI projects—from work on ambient intelligence in healthcare to household robots—to examine the relationship between visual and artificial intelligence. Visual intelligence has been a cornerstone of animal intelligence; enabling machines to see is hence a critical step toward building intelligent machines. Yet developing algorithms that allow computers to see what humans see—and what they don’t see—raises important social and ethical questions.

Dr. Fei-Fei Li is the Sequoia Professor of Computer Science at Stanford University and Denning Co-Director of the Stanford Institute for Human-Centered AI (HAI). During her 2017–2018 sabbatical, Dr. Li was a vice president at Google and chief scientist of Artificial Intelligence/Machine Learning at Google Cloud. She co-founded the national nonprofit AI4ALL, which trains K-12 students from underprivileged communities to become future leaders in AI. Dr. Li also serves on the National AI Research Resource Task Force commissioned by Congress and the White House and is an elected member of the National Academy of Engineering, the National Academy of Medicine, and the American Academy of Arts and Sciences.

Thursday, October 24
Kathryn Lofton and Paul North in conversation with Wendy Brown
10:30 am

Achille Mbembe, University of the Witwatersrand, Borders in the Age of Networks, 2018

Mbembe is a research professor in history and politics at the Wits Institute for Social and Economic Research (WiSER), University of the Witwatersrand, Johannesburg, South Africa. He holds a PhD in history from the Université de Paris I-Panthéon Sorbonne and a DEA in politics from the Institut d’études politiques de Paris. A member of the American Academy of Arts and Sciences, he is the author of timely and path-breaking books such as On the Postcolony, Critique of Black Reason, and Politiques de l’inimitié. He has published extensively in fields as diverse as African history, politics and aesthetics, and critical theory. Translated in many languages including English, German, Dutch, Spanish, Portuguese, and Italian, his work is growing in influence worldwide. Worthy of the twenty-first century and the new demands placed on theory, it provides a new and startling perspective on the crises of our times. Mbembe holds many awards, including the 2015 Geschwister Scholl Preis for his Kritik der schwarzen Vernunft. 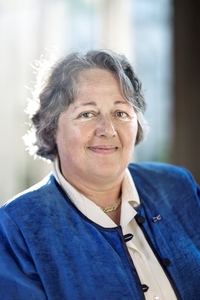 Rosi Braidotti is Distinguished University Professor and founding director of the Centre for the Humanities at Utrecht University. Her published works include Patterns of Dissonance: An Essay on Women in Contemporary French Philosophy (1991); Nomadic Subjects: Embodiment and Sexual Difference in Contemporary Feminist Theory (1994; 2d ed. 2011); Metamorphoses: Towards a Materialist Theory of Becoming (2002); Transpositions: On Nomadic Ethics (2006); La philosophie, lá où on ne l’attend pas (2009); Nomadic Theory: The Portable Rosi Braidotti (2011); and The Posthuman (2013). In 2016 she coedited Conflicting Humanities with Paul Gilroy.

Professor Braidotti has been an elected board member of the Consortium of Humanities Centres and Institutes since 2009. She is also an honorary fellow of the Australian Academy of the Humanities and a member of the Academia Europaea. She has been awarded honorary degrees by the University of Helsinki and the University of Linkoping. In 2005, she was knighted into the Order of the Netherlands by Queen Beatrix. 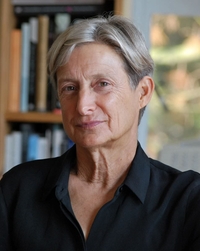 Wednesday, March 30, “Why Preserve the Life of the Other?”
Thursday, March 31, “Legal Violence: An Ethical and Political Critique”
Friday, April 1, A conversation with Judith Butler, Paul North, and Jason Stanley

Judith Butler is Maxine Elliot Professor in the Department of Comparative Literature and the Program of Critical Theory at the University of California Berkeley. She served as founding director of the Critical Theory Program at Berkeley and is currently co-chair of an emerging International Consortium of Critical Theory Programs. Her published works include Gender Trouble: Feminism and the Subversion of Identity (1990); Bodies That Matter: On the Discursive Limits of “Sex” (1993); Excitable Speech: A Politics of the Performative (1997); Precarious Life: Powers of Violence and Mourning (2004); Undoing Gender (2004); Who Sings the Nation-State? Language, Politics, Belonging (with Gayatri Spivak, 2008); Frames of War: When Is Life Grievable? (2009); Is Critique Secular? (with Talal Asad, Wendy Brown, and Saba Mahmood, 2009); Sois Mon Corps (with Catherine Malabou, 2011); Parting Ways: Jewishness and the Critique of Zionism (2012); Dispossession: The Performative in the Political (with Athena Athanasiou, 2013); and most recently, Senses of the Subject (2015) and Notes toward a Performative Theory of Assembly (2015). Future projects include study of messianic gestures in Kafka and Benjamin, philosophical fictions in Freud’s work, and gender in translation.

Butler has received the Andrew Mellon Award for Distinguished Academic Achievement in the Humanities, the Adorno Prize from the City of Frankfurt in honor of her contributions to feminist and moral philosophy, and the Brudner Prize from Yale University for lifetime achievement in gay and lesbian studies. In 2014, she was awarded the diploma of Chevalier of the Order of Arts and Letters from the French Cultural Ministry and in 2015 she was elected a corresponding fellow of the British Academy and appointed to the International Board of the Institute for Social Research in Frankfurt.

Dipesh Chakrabarty, The Human Condition in the Anthropocene, 2015 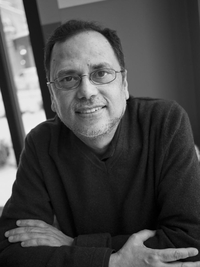 He is the author of many articles and books including The Calling of History: Sir Jadunath Sarkar and His Empire of Truth (2015, forthcoming), Provincializing Europe: Postcolonial Thought and Historical Difference (2008; 2000), Habitations of Modernity: Essays in the Wake of Subaltern Studies (2002), and Rethinking Working-Class History: Bengal 1890-1940 (2000; 1989).

He is founding member of the editorial collective of Subaltern Studies, a founding editor of Postcolonial Studies, and a consulting editor of Critical Inquiry. Chakrabarty is currently working on a book on climate change and on a collection of essays on history’s relationship to the present. Chakrabarty was elected a Fellow of the American Academy of Arts and Sciences in 2004 and an Honorary Fellow of the Australian Academy of the Humanities in 2006. He was recently named the recipient of the 2014 Toynbee Prize for his contributions to global history.

Bruno Latour, How Better to Register the Agency of Things, 2014

Bruno Latour website
Paul Gilroy, The Black Atlantic and the Re-enchantment of Humanism, 2014

Lecture manuscript
John Adams, Doctor Faustus and His Composition and Doctor Atomic and His Gadget, 2009

Santiago Calatrava, Wings and a Prayer and A Collection of Pearls, 2007

Anthony Grafton, Rats’ Alley? The Humanities in the American University and Clio’s Catastrophe? History and the Humanities, 2006

Wednesday, October 26, “Cooking Lessons: A Short History of Eating”
Thursday, October 27, “Stories We Tell: The Subtext of the Table”

Lecture manuscript
Alexander Nehamas, A Promise of Happiness: The Place of Beauty in a World of Art, 2000

Monday, April 9 and Tuesday, April 10, “A Promise of Happiness: The Place of Beauty in a World of Art”

Lecture manuscript
Steven Pinker, The Blank Slate, the Noble Savage, and the Ghost in the Machine, 1999

Tuesday, April 20, “How the Mind Works”
Wednesday, April 21, “The Blank Slate: The Denial of Human Nature in Modern Life”

Lecture manuscript
Elaine Scarry, On Beauty and Being Just, 1998
Liam Hudson , The Life of the Mind, 1997
Peter Brown , The End of the Ancient Other World: Death and Afterlife between Late Antiquity and the Early Middle Ages, 1996
Richard Posner , Euthanasia and Health Care: Two Essays on the Policy Dilemmas of Aging and Old Age, 1994
Fritz Stern , I. Mendacity Enforced: Europe, 1914-1989 and II. Freedom and Its Discontents: Postunification Germany, 1993
Robertson Davies , Reading and Writing, 1991
Edward Luttwak , Strategy: A New Era?, 1989
John Pocock , Edward Gibbon in History: Aspects of the Text in The History of the Decline and Fall of the Roman Empire, 1989 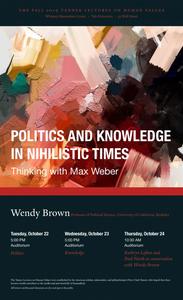 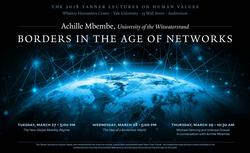 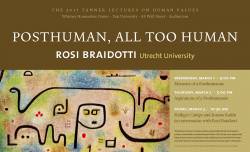 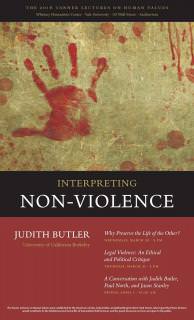 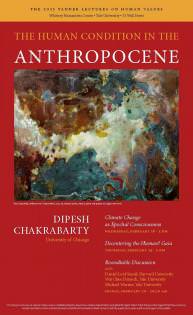 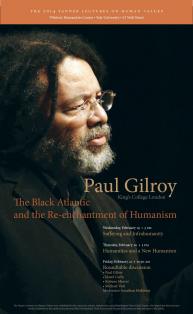 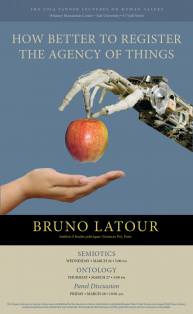