THE WEIRD AND WONDERFUL EDGES OF LIFE

If a person dies of dehydration, that’s it. They are gone. We would never think that pouring any amount of water onto a human corpse would somehow cause it to spring back to life. But that is not the case for all living things, as Carl Zimmer told a captivated Zoom audience on March 30 during his talk, “Life’s Edge: The Search for What It Means to Be Alive.” 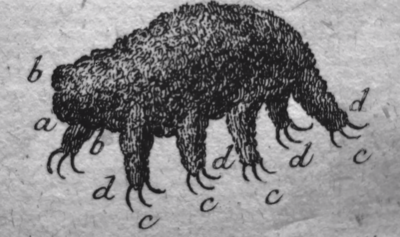 Consider, for example, tardigrades: microscopic eight-legged creatures with barrel-shaped bodies, colloquially known as “water bears.” Desiccation is a normal part of their existence. They don’t just shrivel up, Zimmer explained, but go into a state of cryptobiosis, becoming something called a “tun.” Unlike tardigrades, tuns do not eat, breathe, move, excrete waste, or reproduce. And yet, if you pour water on them—even decades later—they will swell back up into a regular old tardigrade. In this way, Zimmer noted, tardigrades “challenge our comfortable assumptions about life.”

And they are but one of the creatures in the menagerie that Zimmer introduced over the course of his talk. What the creatures he described all have in common is that they disrupt what we think we know about life. Throughout his talk, Zimmer transported an audience of humanists and scientists alike to the weird and wonderful edges of the living world. Teeming with anecdotes that entice as much as they inform, Zimmer’s talk covered everything from the eighteenth-century zoologist who discovered tardigrades and sold his tapeworm collection to a Prussian emperor to the contemporary scientists researching SARS-CoV-2. In short, “Life’s Edge” was a fascinating meditation on the past and future of an evergreen question in science and the humanities: what even is life?

The Franke Program in Science and the Humanities hosted the talk as part of the Distinguished Speaker Series, which invites scholars, authors, and artists distinguished in their fields to present on work that explores the connections between science and the humanities. “Life’s Edge,” and Zimmer’s work more broadly, exemplifies how fruitful such connections can be. The talk was followed by an enthusiastic Q&A, moderated by Franke Program director, Priyamvada Natarajan. The audience’s questions explored a broad range of topics, from quantum mechanics to semantics, reminding us that the search for what it means to be alive will always transcend disciplinary bounds.

Missed the talk? Watch it here:

Megan O’Donnell is the associate communications officer for the Whitney Humanities Center and a PhD candidate in the English department at University of Delaware. She works on depictions of ecology and the environment in nineteenth-century British fiction.