Shulman Lectures in Science and the Humanities

The annual Shulman Lecture Series provides up to four visiting lectures a year to be organized in conjunction with an undergraduate seminar course taught on a topic bridging science and the humanities.

The series is named after Robert Shulman, Sterling Professor Emeritus of Chemistry, Molecular Biophysics and Biochemistry, and senior research scientist in diagnostic radiology, in recognition of his roles as a Founding Fellow of the Whitney and as an unwavering supporter of the integration of science and the humanities.

The spring 2022 Shulman Lectures have been organized in conjunction with the Yale College seminar “Metaphysics Meets Cognitive Science” taught by Brian Scholl and L. A. Paul.

"What Kind of Computation Is Cognition? " 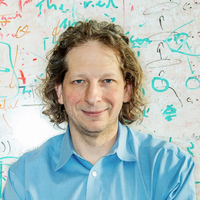 Recent successes in artificial intelligence have been largely driven by neural networks and other sophisticated machine learning tools for pattern recognition and function approximation. But human intelligence is much more than finding patterns or approximating functions. And no machine system yet built has anything like the flexible, general-purpose common-sense grasp of the world that every human being does. This talk will address prospects for capturing human common sense in computational terms. I will briefly illustrate recent work modeling intuitive physics and intuitive psychology—that is, computer-implemented formal models of people’s intuitive mental models of physical objects, intentional agents, and their causal interactions; how these systems guide our perception, prediction, and planning; and the learning mechanisms that extend our thinking into new domains. I will introduce in non-technical terms the computational ideas underlying these models, such as probabilistic programming, inference over video-game-style simulations, and probabilistic program synthesis. And I will close with some speculative thoughts for discussion about the metaphysics of computation: In what sense can we say that these models capture the real workings of the human mind, or brain?

Josh Tenenbaum is Professor of Computational Cognitive Science at MIT. His research aims to understand in computational terms how intelligence arises in the human mind and brain, and to use these insights to build more human-like artificial intelligence. Together with colleagues in computer science, he is exploring novel paradigms that integrate our best computational thinking from multiple eras and traditional approaches to AI and cognitive science, including probabilistic (Bayesian), symbolic, and neural (differentiable) modeling, in search of a unifying science, engineering and mathematics of intelligence. He is the recipient of the Distinguished Scientific Award for Early Career Contributions in Psychology from the American Psychological Association, the Troland Research Award from the National Academy of Sciences, the Howard Crosby Warren Medal from the Society of Experimental Psychologists, the R&D Magazine Innovator of the Year award, and a MacArthur Fellowship. 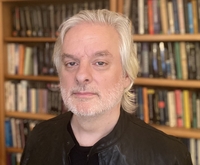 David Chalmers is University Professor of Philosophy and Neural Science and codirector of the Center for Mind, Brain, and Consciousness at New York University. He is the author of The Conscious Mind (1996), Constructing the World (2012), and Reality+: Virtual Worlds and the Problems of Philosophy (2022). 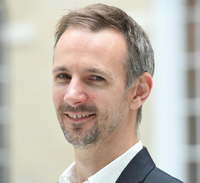 Intuitively, our mental life involves, as Andy Clark evocatively puts it, “a seamless unfolding of perception, action and experience: a golden braid in which each element twines intimately with the rest.” Cognitive science is widely held to have decisively unraveled these strands, inspiring instead a vision of disunity and dissociation. For instance, striking studies of patients with focal brain damage apparently reveal complex actions entirely unaccompanied by conscious experience. Against this, I argue that such apparent disunity is quite consistent with a naïve and unified picture of our mental lives.

Ian Phillips is currently Bloomberg Distinguished Professor of Philosophy and Brain Sciences at Johns Hopkins University, where he is cross-appointed in the William H. Miller, III Department of Philosophy and the Department of Psychological and Brain Sciences. Previously, he has taught at Princeton, Oxford, and University College London (where he obtained his PhD). He is the recipient of various awards, most notably: the Lebowitz Prize for philosophical achievement and contribution (with Ned Block), a Philip Leverhulme Prize, and the ASSC William James Prize for contributions to the scientific study of consciousness. His primary research interests include the nature of perception; the science of consciousness; and our experience of time.

This is a hybrid event—in person in the Humanities Quadrangle; also live-streamed via Zoom. To join the Zoom webinar please register here. 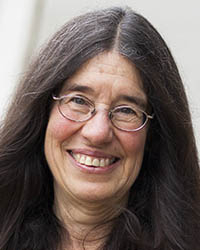 Human children are arguably the most effective learners on the planet. In five short years, they develop a commonsense understanding of whatever physical, cultural, and social environment they find themselves in, building systems of knowledge that are unique in the living world. How might they do this? In this talk, I look to interdisciplinary studies of infants and young children for possible answers.

Elizabeth Spelke was trained as a perceptual and developmental psychologist by Eleanor J. Gibson and as a cognitive psychologist by Ulric Neisser. Using lab- (and now Zoom-) based behavioral methods, she studies the nature and development of knowledge of objects and their mechanical interactions, of agents and their actions and intentions, of the navigable spatial layout and its structure, of number and arithmetic, and of people and their social engagements and relationships. Finally, she collaborates with academics in diverse fields including animal behavior, systems and cognitive neuroscience, computational cognitive science, linguistics, and economics, in hopes of understanding the surprises that research on young children brings.