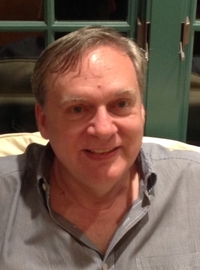 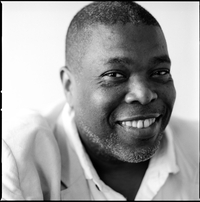 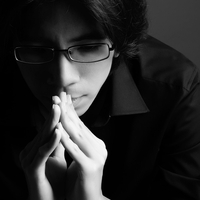 Nicholas Conard, University of Tübingen, "The Evolutionary Origins of Art and Music: Where, When, and Why," 2018 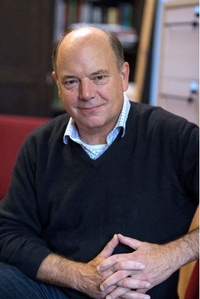 Harold Augenbraum, American writer, editor, and translator, "“What Translation Means: The Extent and Impact of Translation in America” ," 2017 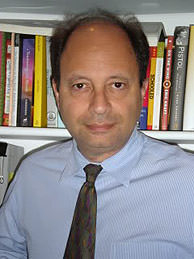 For twelve years, Augenbraum was Executive Director of the National Book Foundation, presenter of the National Book Awards. He has translated, among other works, Alvar Núñez Cabeza de Vaca’s Chronicle of the Narváez Expedition and the Filipino novelist José Rizal’s Noli Me Tangere and El Filibusterismo. In 2012, the University of Texas Press published his co-translation (with Ilan Stavans) of The Plain in Flames by Juan Rulfo; in 2013, Penguin Classics published his edition of the Collected Poems of Marcel Proust. He is currently carrying out a research project on the business of translation in the United States under a grant from the Andrew W. Mellon Foundation. In 2015, Concordia College in Moorhead, Minnesota, awarded him the degree of Doctor of Humane Letters, honoris causa.

Bernard Dionysius Geoghegan, the Fall 2017 Franke Visiting Fellow at the Whitney Humanities Center, will give a lecture titled “The Difficulty of Gift-Giving: Cybernetics and Postwar French Thought” on Wednesday, November 8, at 5 pm in Room 208 of the WHC.

A historian and theorist of digital media, Geoghegan is a senior lecturer in Media and Communications at Coventry University and a visiting associate professor in Film and Media Studies at Yale University. He also works as a curator and educational programmer for the Anthropocene Project at Haus der Kulturen der Welt in Berlin, Germany. His research investigates how changes in media technology interweave with changes in popular culture, science, and the physical environment. He has edited essay collections on media philosopher Gilbert Simondon, on media and the occult, and on media theorist Friedrich Kittler. Geoghegan’s essays and translations appear in journals including Critical Inquiry, SubStance, IEEE Annals on the History of Computing, and Theory, Culture & Society. He is currently writing a book with Francesco Casetti on screening as a cultural technique that examines the history of managing environments and space through screen-based media technologies such as radar and global positioning systems. 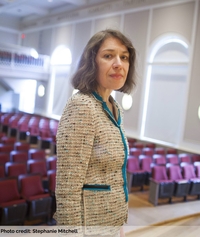 Carolyn Abbate is Professor of Music at Harvard University. She received a BA from Yale and a PhD from Princeton. She has held faculty positions at Princeton and the University of Pennsylvania, and as a visiting professor at the Freie Universität Berlin, and held research fellowships and lectureships at the Wissenschaftskolleg Berlin, Kings College Cambridge, the University of Hong Kong, and the Institute for Advanced Study.

Outside academia, she has worked as a dramaturge and director. Many of her writings focus on opera, from its beginnings around 1600 through the twenty-first century. She has also published essays on musical automata, film music, ephemeral art, and operetta’s ethical frivolity. Her latest book, coauthored with Roger Parker, is A History of Opera: The Last 400 Years (2012).

Her current project on sound in the Machine Age deals with issues that range from knowledge of the human sensorium and listening in past eras, and artisanal practices of supplying music in film exhibition, to how alternative, vernacular philosophies of musical meaning grew from cinematic sound design and its technologies in the 1920s and 30s. In 2014, she was named a University Professor, Harvard’s highest honor for a faculty member. 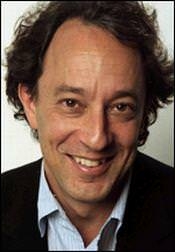 Since returning to New York from Europe in autumn 2011, Mr. Kimmelman has reshaped the public debate about urbanism, architecture, and architectural criticism, focusing on issues of public space, housing for the poor, parks and infrastructure, social equality, and public interest design not only in New York City but also in cities such as Cairo, Medellin, Louisville, and Paris. He spent four years based in Berlin covering Europe and the Middle East as the New York Times ”Abroad” columnist before turning to architecture. Mr. Kimmelman was the Times’s longtime chief art critic. He is a fellow at the London School of Economics and a regular contributor to the New York Review of Books.

Rebecca Newberger Goldstein, "Romancing Spinoza: Why Spinoza Had Little Use for Art and Why Artists Have Made Much Use of Him," 2012 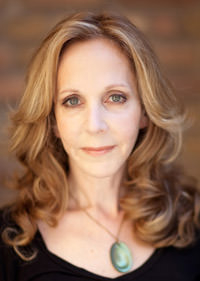 Ms. Goldstein graduated from Barnard College and received her PhD in philosophy from Princeton University. She is the author of nine books, including the novels The Mind-Body Problem (1983); The Late-Summer Passion of a Woman of Mind (1989); The Dark Sister(1993), which received the Whiting Writer’s Award; Mazel (1995), which won the National Jewish Book Award and the Edward Lewis Wallant Award; Properties of Light: A Novel of Love, Betrayal, and Quantum Physics (2000); and 36 Arguments for the Existence of God (2010). She has also written a short story collection, Strange Attractors (1993), and the nonfiction works Incompleteness: The Proof and Paradox of Kurt Gödel (2005), deemed one of the best books of the year by Discover magazine, the Chicago Tribune, and theNew York Sun; and Betraying Spinoza: The Renegade Jew who Gave Us Modernity (2006), which received the Koret International Jewish Book Award in Jewish Thought.

Ms. Goldstein has taught at Barnard, Columbia, Rutgers, and Trinity College, in Hartford, Connecticut. A member of the American Academy of Arts and Sciences, she has received Guggenheim and Radcliffe fellowships and in 1996 was a MacArthur Fellow. In 2008 the International Academy of Humanism named her Humanist Laureate; in 2011 she was designated Humanist of the Year by the American Humanist Association and Free-thought Heroine by the Freedom from Religion Foundation. She delivered the Tanner Lectures on Human Values at Yale that same year. 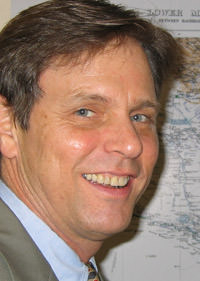 A professor of English and creative writing at the American University of Beirut, Mr. Myers is the author of more than a dozen plays about politics, history, and cultural encounters, including Atwater: Fixin’ to Die; The Lynching of Leo Frank; Dead of Night, about the official murder of Black Panther leader Fred Hampton; Perfectly Clear, about Richard Nixon and the Watergate tapes; Heartland, a black comedy about white supremacists; and Painting Persia, about the 1840s expedition of French geographer Xavier Hommaire de Hell and painter Jules Laurens. He also cotranslated Jawad Al-Assadi’s Baghdadi Bath, which played Off-Broadway in 2009.

In lieu of a public talk at Yale, Mr. Myers staged a reading of his play Mesopotamia, about archaeologist, Arabist, diplomat, and spy Gertrude Bell and the British occupation of Iraq. The performance featured actress Kathleen Chalfant, directed by Evan Yionoulis of the Yale Drama School. In conjunction with the production, Mr. Myers curated an exhibition at the Gallery at the Whitney, “Gertrude Bell in Mesopotamia,” a collection of letters, maps, books, intelligence reports, and photographs (many by Bell herself). He gave a talk, “Painting the Theater of the East,” to the WHC Fellows.

Piotr Sommer, "Overdoing It and Other Poems," 2009

Tuesday, October 20, “Overdoing It and Other Poems”

Adina Hoffman, "Map of a Vanished Town: Recollecting the Palestinian Past Through Biography," 2008

Tuesday, October 7, “Map of a Vanished Town: Recollecting the Palestinian Past Through Biography”

Nicholas Conard, University of Tübingen, "What the Excavations in Schôningen Tell Us about Middle Pleistocene Lifeways in Northern Europe," 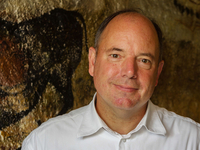 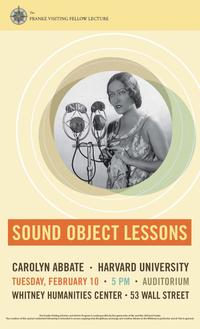 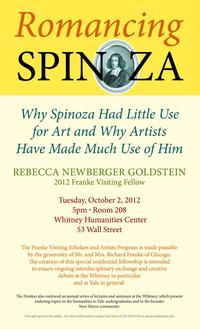 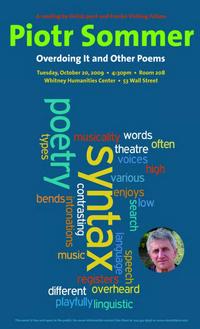 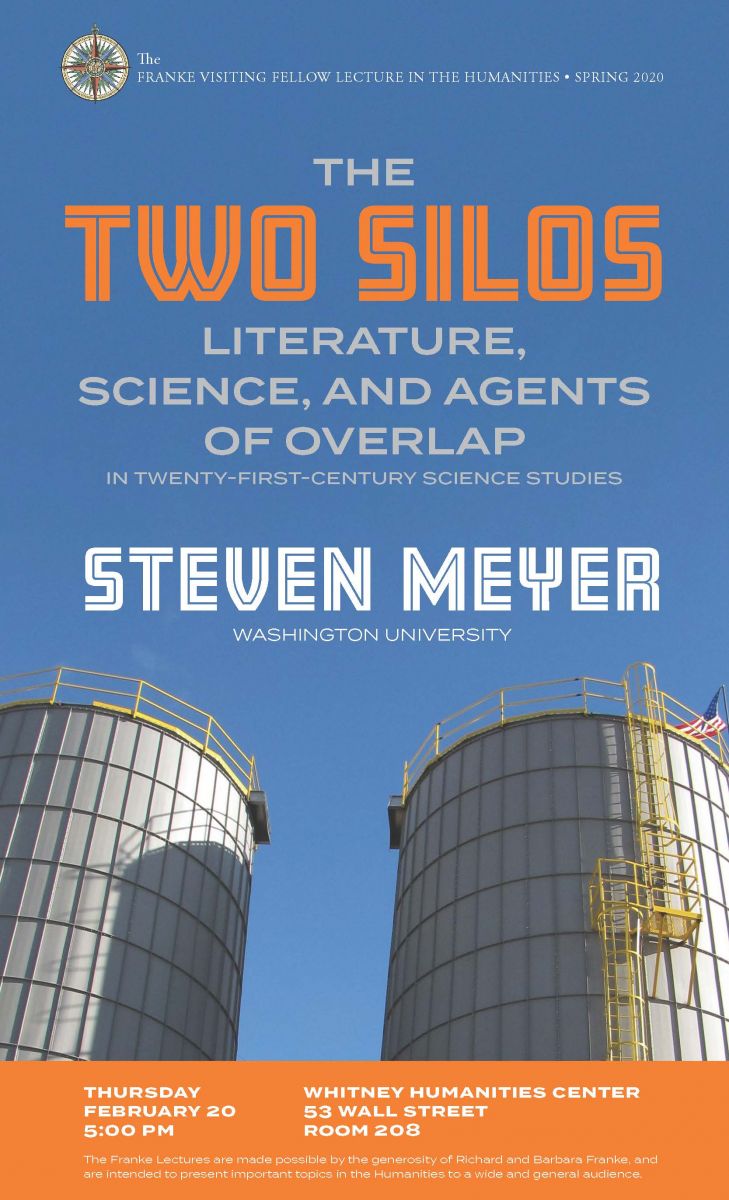 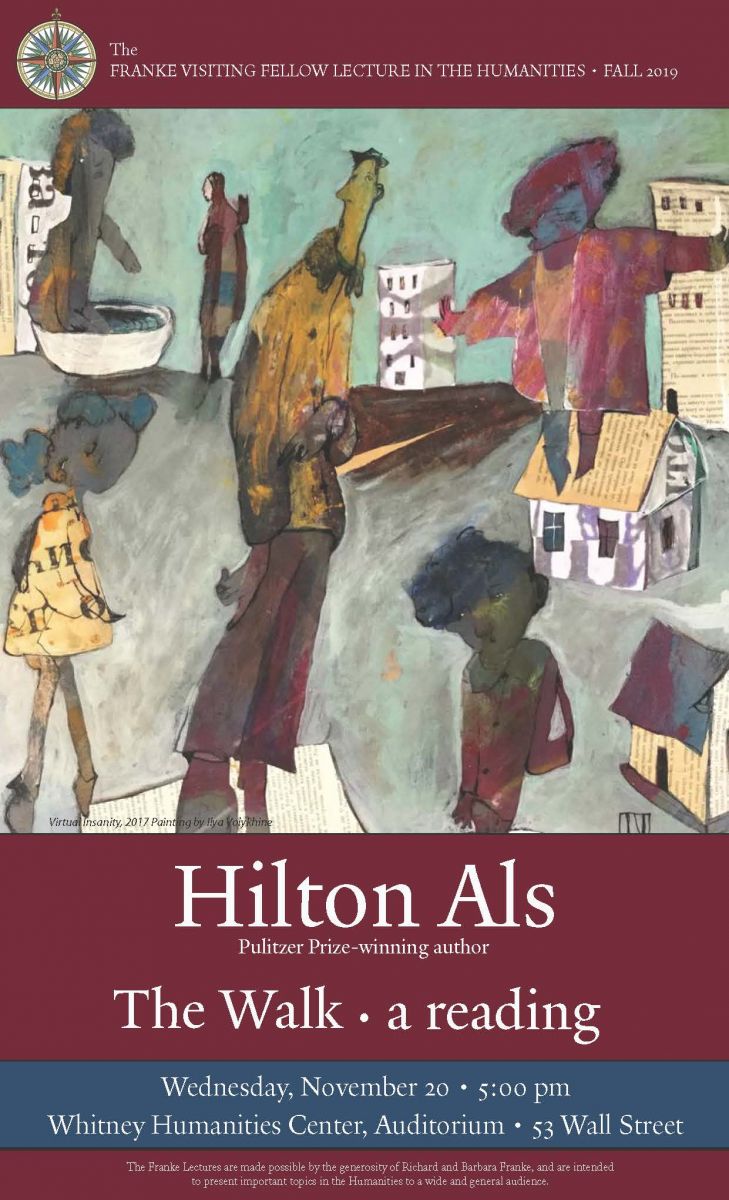 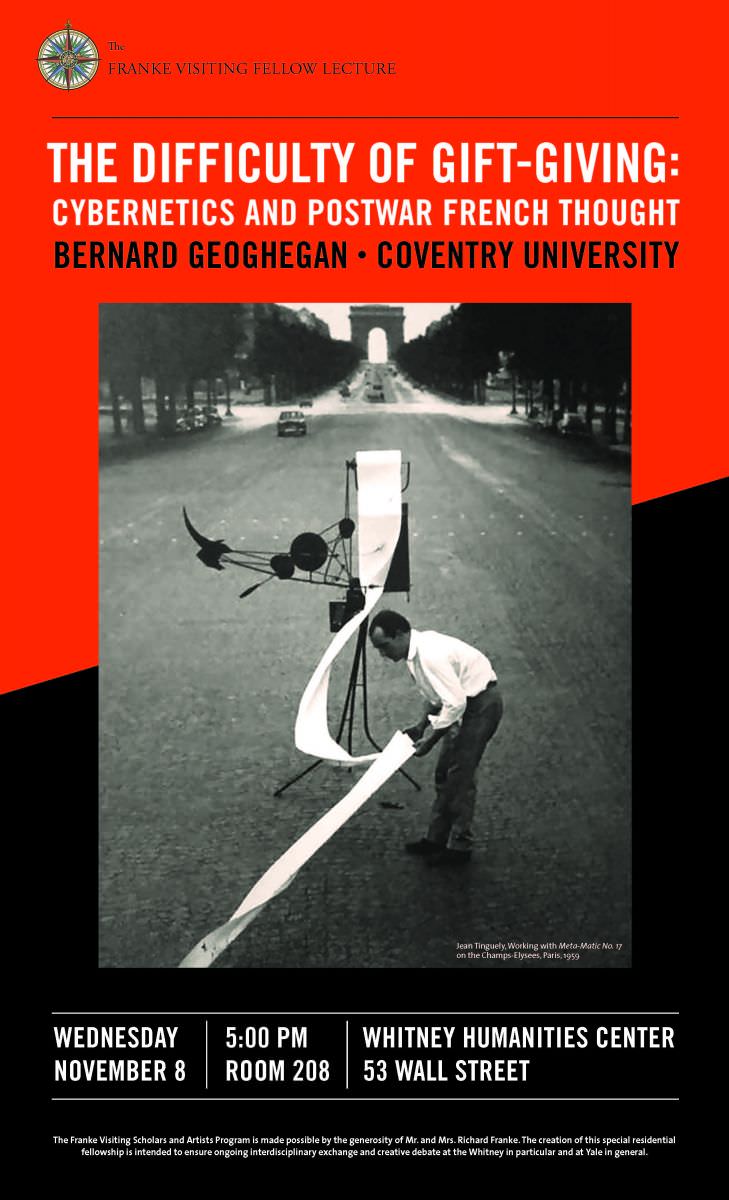 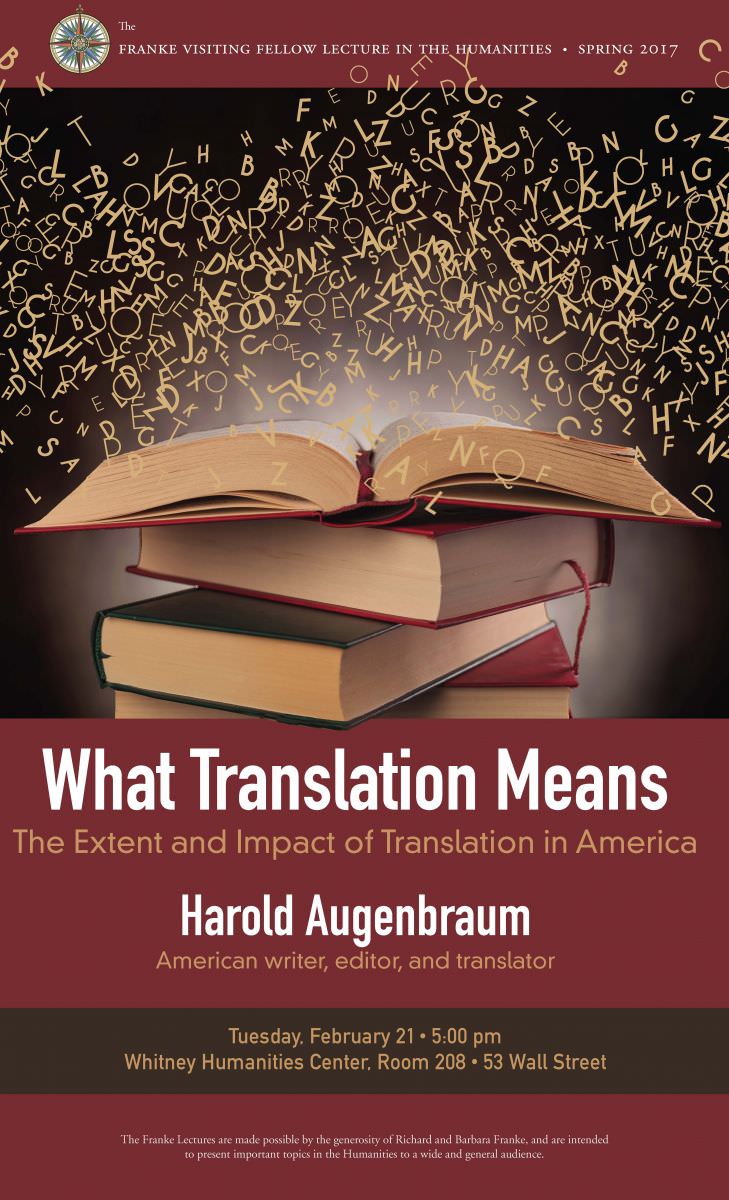 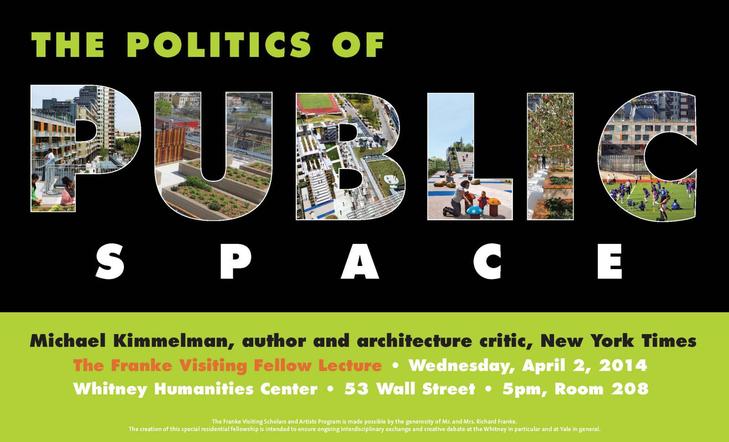