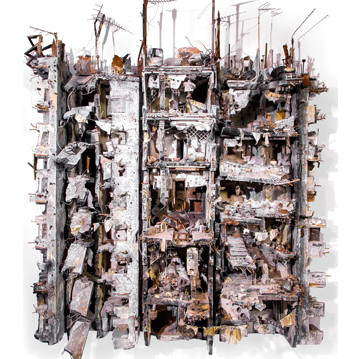 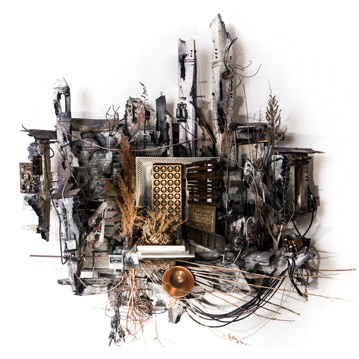 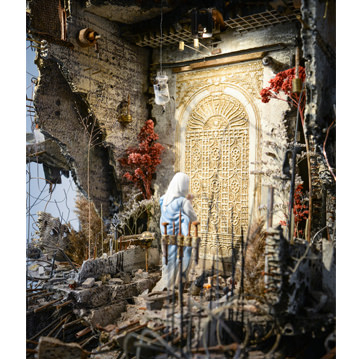 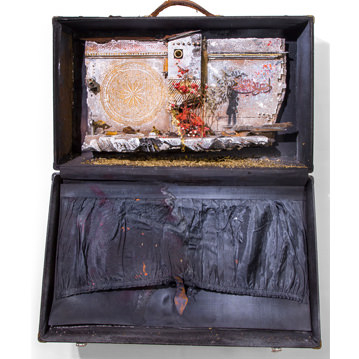 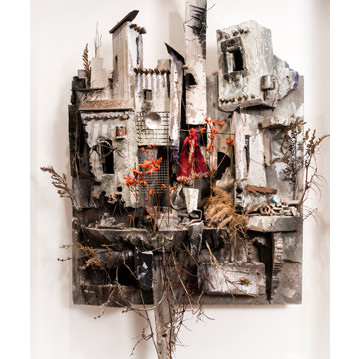 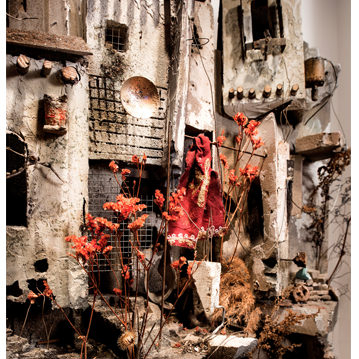 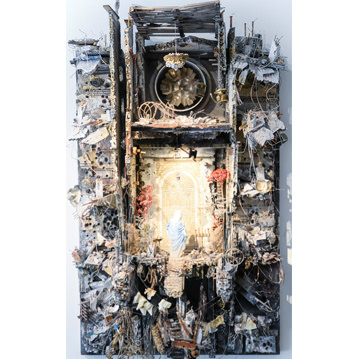 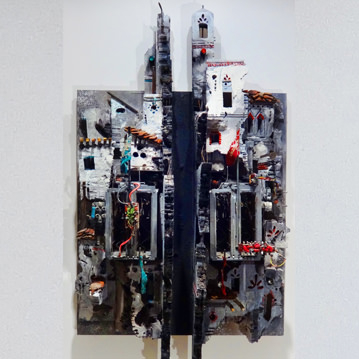 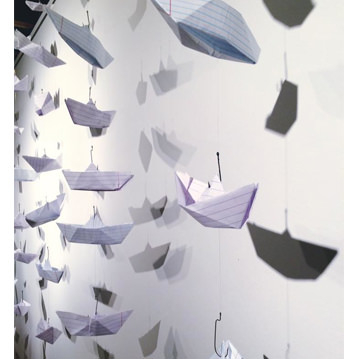 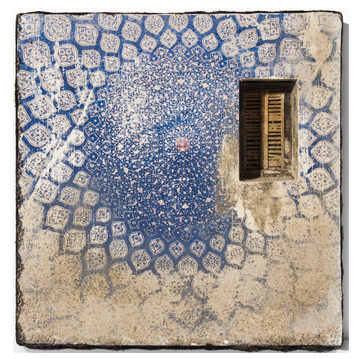 The sculptures of artist and architect Mohamad Hafez, inspired by contemporary Syria, offer an opportunity to study dynamic artwork in relation to the creative practices and urgent politics that inform them. In Summer 2017, Professor Zareena Grewal and PhD candidate Najwa Mayer advised an interdisciplinary team of graduate and undergraduate students who explored the complex contexts that critically place Hafez’s works within cultural representations of Syria. The students interpreted Hafez’s sculptures alongside his studio practice, in consistent conversation with the artist. Together they produced a digital program for this exhibit, with multigenre resources for research and inquiry: www.criticalrefuge.com.

Critical Refuge brings into conversation two fraught ideas of “refuge”: as a place of political protection and as a space of reflective creation. But, this project critically reconceptualizes spaces of political and creative “refuge” beyond absolute associations of removal, separation, security, or sanctuary. Instead, it asks how such “safe” places are socially made, politically unstable, and multiply entangled in relation to troubled elsewheres.

Hafez’s sculptures reflect his engagement with a place, real and imagined, from an unsettled distance. They are invented environments inspired by urban Syrian landscapes as well as forced displacements from them, including his family’s migrations. From the artist’s Connecticut studio, the sculptures are assembled with found objects and collected narratives. For Hafez, these narratives of Syria include personal memories, family stories, postcolonial histories (and their aftereffects), as well as mainstream circulations in media culture.

The exhibit begins where Hafez, too, begins: the Westville studio he names a “refuge.” Julia Rooney’s photographs depict Hafez’s artistic “refuge” as intently connected to a Syrian imaginary by way of representation, including documentary images and media accounts covering his walls. Close-range photographs also depict a collection of materials meticulously organized like an architect’s vocabulary, awaiting Hafez’s handling.

The incalculable fragments photographed come together in complex sculptures within the main gallery. This survey of Hafez’s work spans 2009-2016, before and after the ongoing warfare in Syria. Often named a “civil war,” the conflict involves multiple state actors and histories of international policy. Recent histories of global violence, security practices, and refugee migrations resulting from the multinational War on Terror are particularly relevant to Hafez’s current work.

Taken together the sculptures consider the material consequences of war, violence, and migration in relation to visual remnants of life, culture, and time. Hafez’s intricate and evocative artworks invite us to think both visually and politically about our relationships to the places we build or destroy, and to those where we may never return.

Mohamad Hafez was born in Damascus, Syria in 1984 and migrated with his family to Riyadh, Saudi Arabia a year after his birth. His early life was informed by his family’s foreign status in Riyadh and regular visits to Damascus, until their eventual return in 1999. Hafez moved to the United States in 2003 to study architecture at Iowa State University. Since 2009, he has established himself as a licensed architect and full-time artist in New Haven, CT.

Movements to and away from Damascus at political turning points influence Hafez’s imagination of Syria as a subject of both distance and intimacy in his artwork. Hafez describes security challenges in visiting Damascus from the United States during the early years of the War on Terror and with the onset of the current war in Syria. The launch of the National Security Entry-Exit Registration System (NSEERS) after September 11, 2001 required foreign nationals from Muslim-majority countries such as Syria to report regularly to immigration officials. As a perceived security risk, Hafez’s “special registration” was mandated. For eight years, the scrutiny of NSEERS prevented him from jeopardizing his single-entry work visas in the United States by visiting Syria. In 2011, Hafez visited Damascus with his architectural firm for a scheduled few days—yet, forced to await US visa approval for reentry, he remained for six weeks. Visiting at the height of the “Arab Spring” protests and just before the “civil war” began, Hafez marks this return as pivotal to the current direction in his artwork. His earlier works explored cultural nostalgia as a fraught concept for a migrant artist in diaspora. His recent artwork is more attentive to how the violent practices of states transform the lived environments and mobility of people. Hafez’s sculptures repurpose nostalgic national memory in conversation with global media representations of Syria as a war-zone and site of humanitarian disaster.