Following Yale COVID-19 guidelines, the Whitney Humanities Center is closed for events until further notice. We are hosting virtual talks and other events throughout the semester; we hope you will join us.

With thanks and good wishes,
The staff of the Whitney Humanities Center 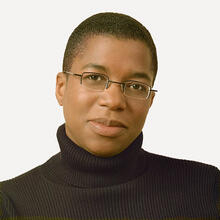 How Humans and Matter Transformed One Another

Ramirez speaks widely on the topics of science and technology and gave a TED talk on the importance of science education. She has been awarded prizes from the National Science Foundation, the Alfred P. Sloan Foundation, Massachusetts Institute of Technology, and the American Institute of Physics. She speaks internationally on the importance of making science fun and has served as a science advisor to the American Film Institute, WGBH/NOVA, the American Association for the Advancement of Science (AAAS), and several science museums. She also hosts a science podcast called Science Underground. 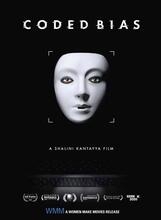 Screening of CODED BIAS, a Film by Shalini Kantayya

When MIT Media Lab researcher Joy Buolamwini discovers that many facial recognition technologies misclassify women and darker-skinned faces, she delves into an investigation of widespread bias in algorithms.

Immediately following the screening, Professor Elisa Celis will moderate a discussion with the filmmaker, Shalini Kantayya. 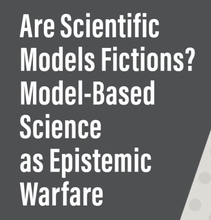 Michael Sells on his new translation of the 12th–13th century mystic and poet Muhyiddin Ibn ‘Arabi.
A reading and conversation with Feisal G. Mohamed

“Michael Sells has produced a book of glories, poems like dry stones in reflecting water. This collection is both a visual experience for one who can’t read Arabic and a deep literary thrill for one who can open to these translations. The threads of Quranic sound are spread in patches on the pages. Here we see fulfilled a poetics of bewilderment. Without desire, where would the future be?”
—Fanny Howe, author of Love and I: Poems 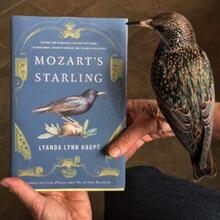 The story sounds apocryphal, but it’s actually true. In the spring of 1784, Mozart found a starling in a Viennese shop mimicking the motif from one of his own concertos, and he took the bird home as a pet. How did it come to pass that the sublime classical composer found inspiration in one of the world’s most ecologically despised species? The answer leads to a beautiful tangle of music theory, linguistics, the nature of creative inspiration, and the human relationship with the wild earth. 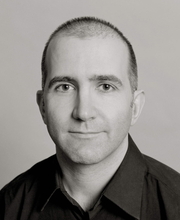 Yale Program for the Study of Antisemitism

The Unforgiven: Wagner, Jews, and Antisemitism

Sponsored by Yale Program for the Study of Antisemitism, Germanic Languages and Literatures, and Whitney Humanities Center
Registration link
Poster 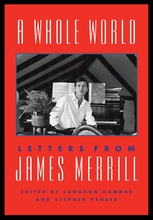 In honor of the publication of A Whole World: Letters from James Merrill, edited by Langdon Hammer and Stephen Yenser, Meghan O’Rourke will have a discussion with Dan Chiasson, Shane McCrae, Maureen N. McLane, Srikanth Reddy, and Roger Reeves about the influence of James Merrill’s legacy: his dazzlingly witty letters, his cosmic vision, and his poetry’s trajectory.

A Celebration of William Gardner Smith’s THE STONE FACE

This summer New York Review Books is reissuing William Gardner Smith’s 1963 classic, The Stone Face. The novel tells the tale of a young Black expatriate who takes refuge from American racism in Paris, only to find himself complicit in a racist order of another sort. At first, the City of Light seems close to idyllic: Simeon can do what he wishes and go where he pleases without fear. When he joins Algerians in their demonstration of October 17, 1961, however, and witnesses the shocking police violence, massacre, and arrest of peaceful, unarmed demonstrators, he discovers that the notion of France as colorblind is a myth and that racism reaches well beyond American shores.

Please join us on May 3, 2021, at 4 pm EST via Zoom for a roundtable discussion of this critically and culturally relevant work. Participants will include three specialists of the African American diaspora and the Algerian War:

Lia Brozgal, Associate Professor of French and Francophone Studies at UCLA, is the author of Absent the Archive: Cultural Traces of a Massacre in Paris (17 October 1961) and has written extensively on North African history and culture.

Tyler Stovall is the author of Paris Noir, a cultural history of African Americans in Paris. Former President of the American Historical Association, he is currently the Dean of the Graduate School of Arts and Sciences and Professor of History at Fordham University. He has just published White Freedom: The Racial History of an Idea.

Alice Kaplan, Sterling Professor of French and Director of the Whitney Humanities Center, will moderate. 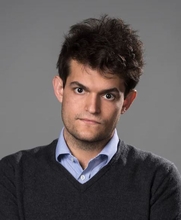 Yale Program for the Study of Antisemitism

The House of Fragile Things: Jewish Art Collectors and the Fall of France

In the dramatic years between 1870 and the end of World War II, a number of prominent French Jews—pillars of an embattled community—invested their fortunes in France’s cultural artifacts, sacrificed their sons to the country’s army, and were ultimately rewarded by seeing their collections plundered and their families deported to Nazi concentration camps. This talk explores the central role that art and material culture played in the assimilation and identity of French Jews in the fin-de-siècle.

James McAuley is a European Affairs columnist for the Washington Post and recently received his PhD from the University of Oxford, where he was a Marshall Scholar. The House of Fragile Things is his first book.