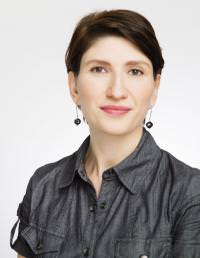 Ayten Gündoğdu is Associate Professor of Political Science at Barnard College–Columbia University. She is a political theorist whose research centers on critical approaches to human rights and humanitarianism, politics of asylum and immigration, and contemporary transformations of citizenship, sovereignty, and law.

At the Whitney, Gündoğdu will be working on her second book manuscript, tentatively titled “Between the Human and the Person: A Critical Inquiry into the Subject of Rights.” Engaging with the works of thinkers such as Giorgio Agamben, Hannah Arendt, Jacques Derrida, Roberto Esposito, and Michel Foucault, the project undertakes a critical analysis of “personhood,” or the status assigned by law to rights-and-duty-bearing entities. Building on her earlier research on the precarious legal status of migrants within the human rights framework, Gündoğdu seeks to understand the divisions, hierarchies, and exclusions that continue to mark even the universalistic conceptions of personhood. She also aims to look into the possibilities of mobilizing law to contest the borders of personhood and reinvent the meaning of equality.

Gündoğdu holds a BA from Boğaziçi University and a PhD from the University of Minnesota, Twin Cities.

Robyn Marasco is an associate professor of political science at Hunter College, CUNY.  Her research focuses on critical theory in the tradition of the early Frankfurt School, which includes its theoretical foundations in Hegel, Marx, Nietzsche, and Freud. She is the author of The Highway of Despair: Critical Theory After Hegel (2015) and several essays on a range of thinkers, including Simone de Beauvoir, Walter Benjamin, Melanie Klein, Michel Foucault, Sheldon Wolin, and Carole Pateman.  She is guest-editing a special issue of South Atlantic Quarterly on The Authoritarian Personality, which will appear in 2018.  She is also working with Banu Bargu in preparing a collection of essays on “The Political Encounter with Louis Althusser.”

While at Yale, she will be working on a book manuscript titled “Ludic Matters: On the Play-Element in Political Life.”  It is a treatment of play as a political category and of politics as diverse forms of play activity.  This study does not intend to deny the fundamental seriousness of politics or revive a “postmodernist” image of the endless play of signs and signifiers.  Instead, it draws from cultural anthropology, political sociology, radical aesthetics, feminist theory, and critical theory to develop a theoretical perspective on play and determine its real political significance.  The aim is to enrich the social sciences, as well as the theory and practice of democracy.  Further, the claim is that the critique of work, which has reemerged as a central concern in contemporary political theory and practice, is limited without an equally robust and radical theory of play. 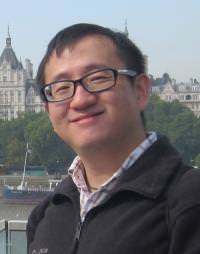 Yipeng Shen is an associate professor of language and culture studies and international studies at Trinity College (CT) and the author of Public Discourses of Contemporary China: The Narration of the Nation in Popular Literatures, Film, and Television. His current project, Globalization and Chinese Youth Culture, studies five areas in which urban youth life intersects with globalization in China: food, love, nationalism, environmentalism, and historical memories. During his fellowship, Shen is going to further explore the factors and processes shaping the life choices made by Chinese millennials. 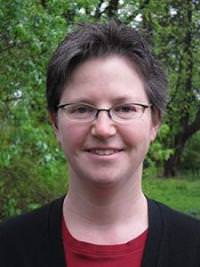 Amanda Weidman is a cultural anthropologist with interests in music, sound, media, performance, linguistic anthropology, semiotics, and technological mediation.  Her research focuses on Tamil-speaking South India.  Her first book, Singing the Classical, Voicing the Modern: The Postcolonial Politics of Music in South India, examined the creation of South Indian classical music as a high cultural genre in the context of late colonialism, Indian nationalism, and regional politics in South India. This project combined ethnographic research, examination of archival sources, and her own study and performance of South Indian classical music.

She is currently at work on a book project on playback singing in Indian cinema, a system where singers’ voices are first recorded in the studio and then “played back” on the set to be matched with actors’ bodies and visual images. This project situates the new, and distinctly gendered, forms of vocal sound and performance practice, celebrity and publicity, and affective attachment to voices that have been generated by this division of labor between singing and acting within the cultural and political context of South India from the late 1940s to the present.